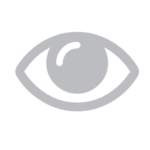 •Discover new markets and business opportunities in Turkey and beyond 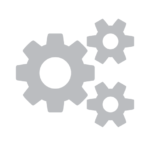 Match4Industry Business Matchmaking Event will be organised by ABIGEM East Marmara in close collaboration with the Kocaeli Chamber of Industry and Enterprise Europe Network partners and professional business support organisations on 31st October - 1st November 2018 and be held at the SANTEK Industry and Technology Fair in Kocaeli, Turkey. 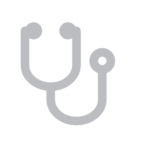 • Assistance before, during and after the event

1. Register your profile
2. Select your partner
3. Create your cooperation

The Match4Industry Business Matchmaking Event will be organised on  6-7 November  2019 and be held at the SANTEK Industry and Technology Fair in Kocaeli, Turkey.

Match4Industry is a part of “Doing Business Onsite”, a unique concept in matchmaking events that offer meetings held in company premises as well as the main event site. Visits to leading automotive companies will be available as optional programmes, offering the participants a chance to observe Kocaeli’s business environment at first hand. As usual there will be a dedicated area to accommodate face to face meetings between prospective partners.

At this year’s event we expect in excess of 350 exhibitors and some 40,000 visitors.

In common with previous years, the 2019 event will be organised by ABİGEM East Marmara in close collaboration with the Kocaeli Chamber of Industry and Enterprise Europe Network partners. 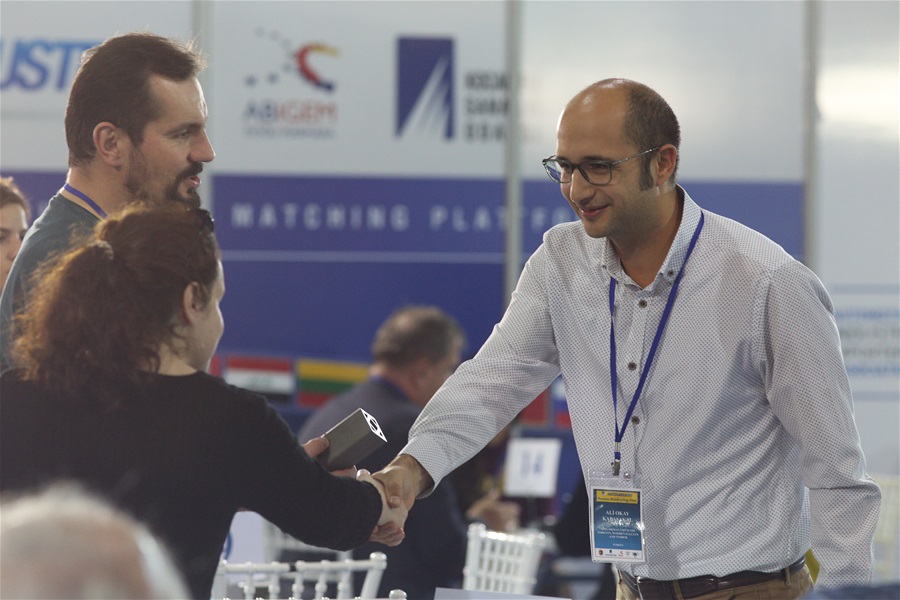 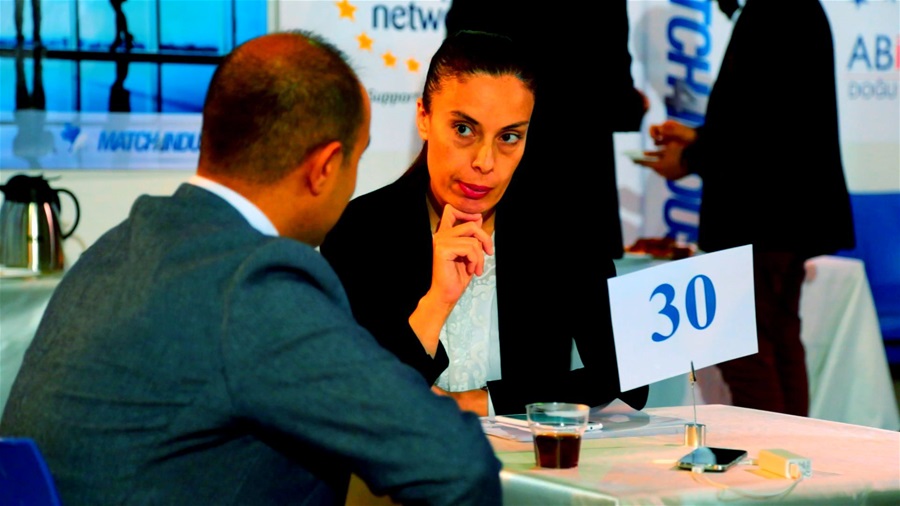 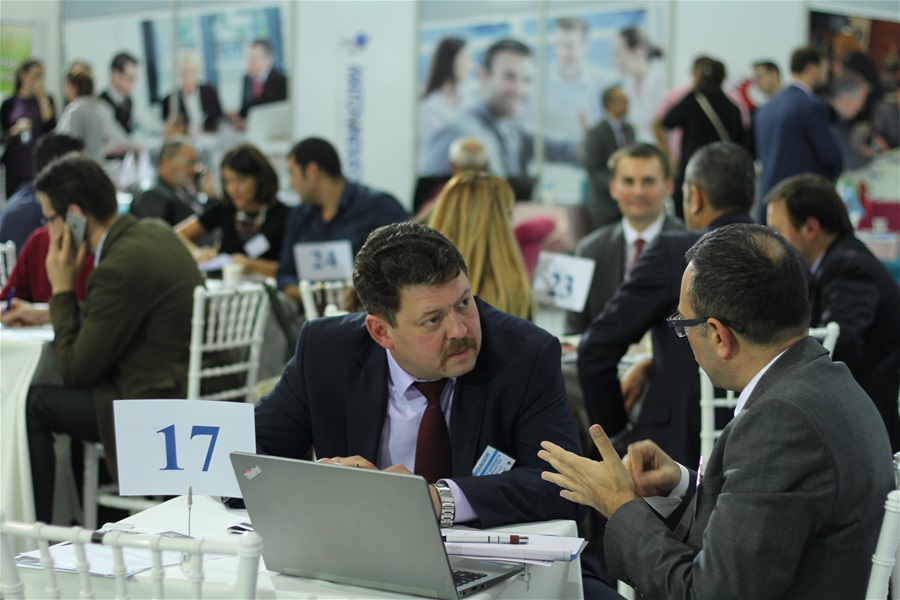 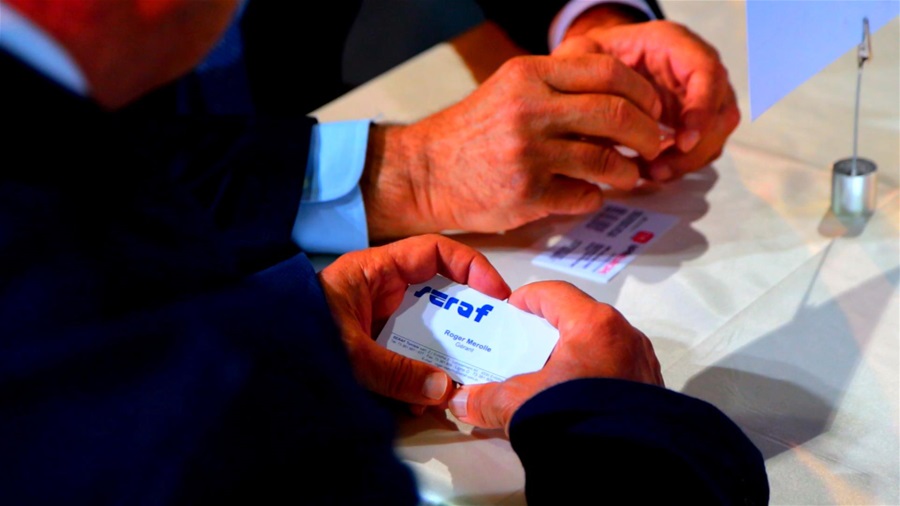 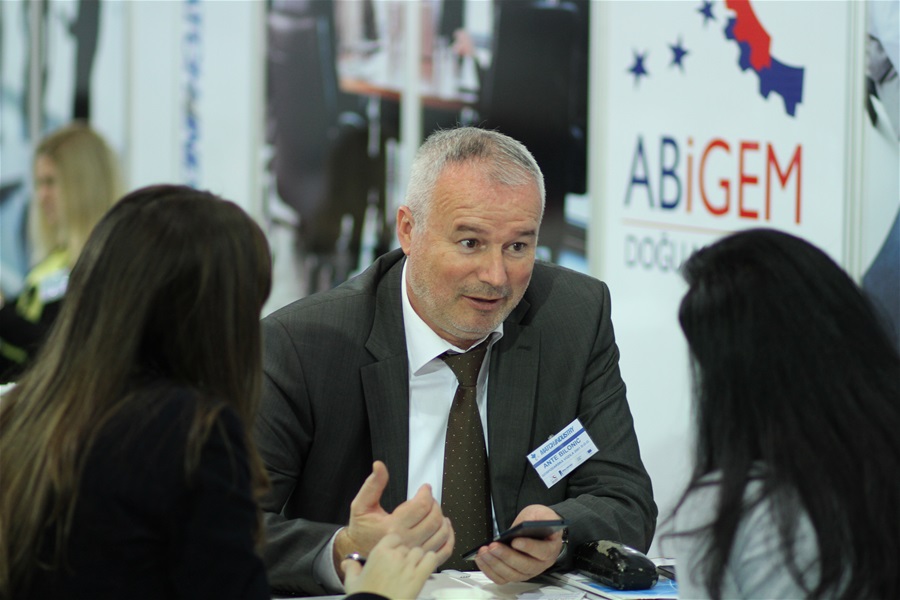 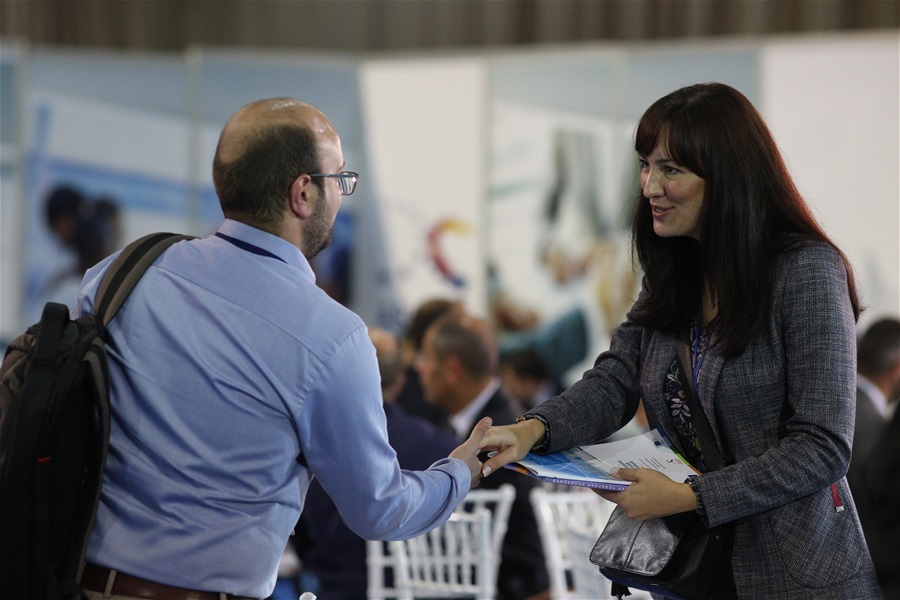 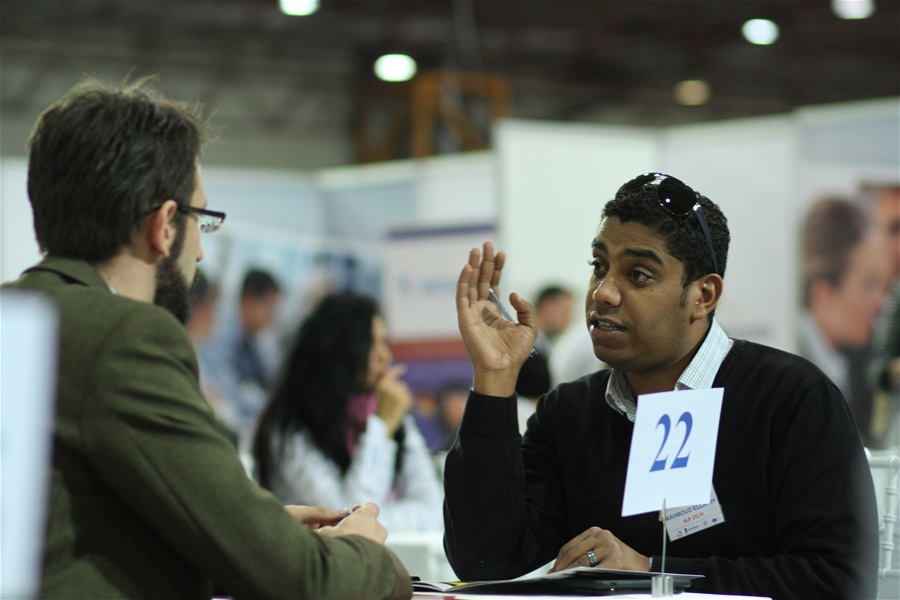 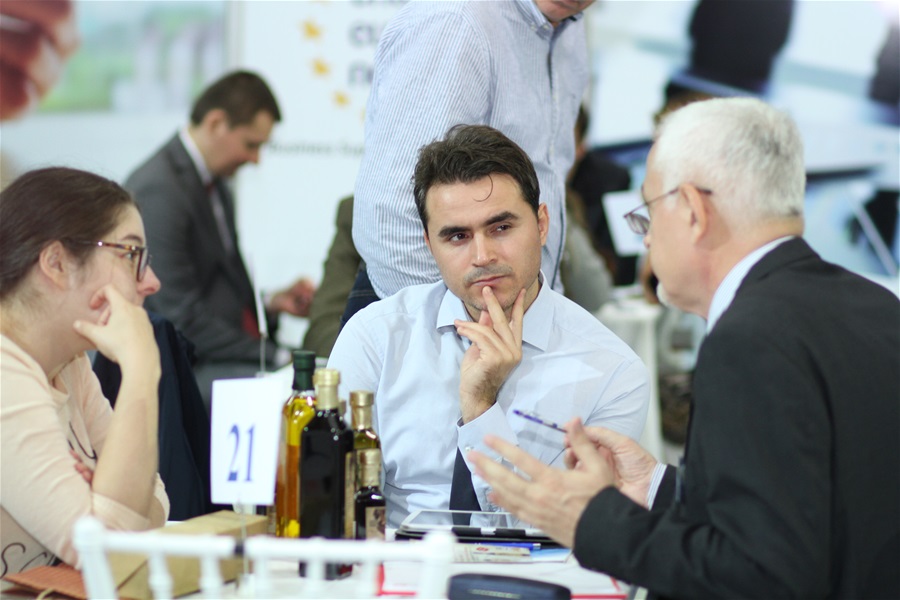 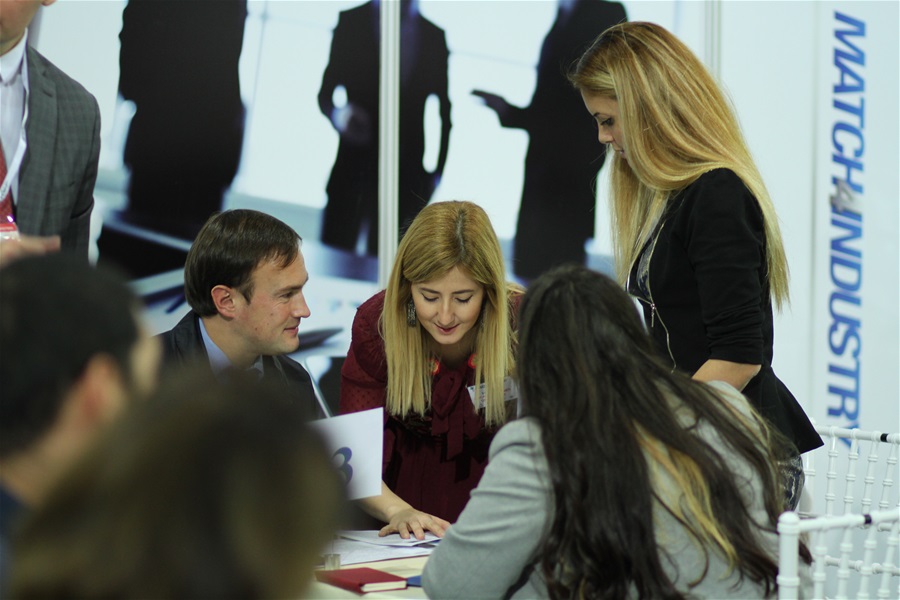 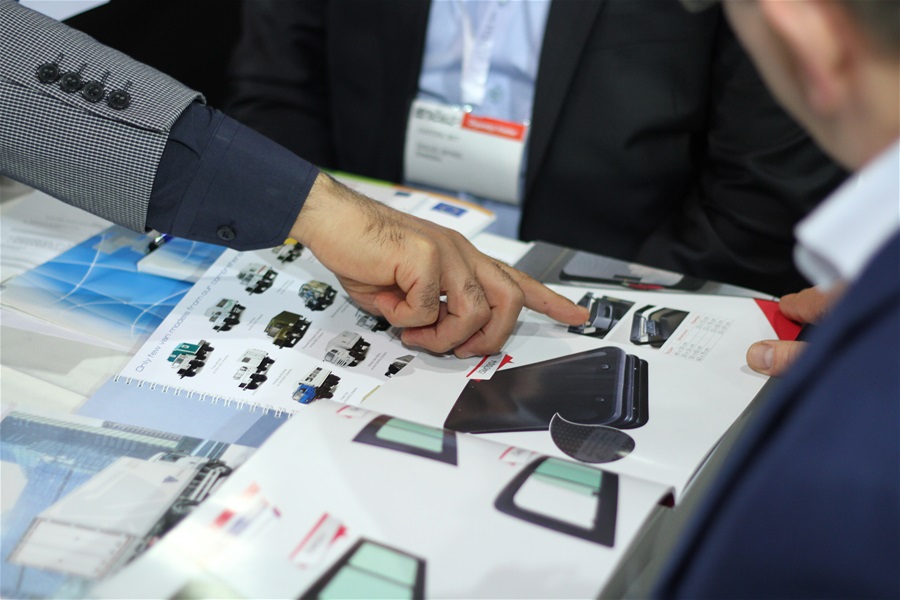 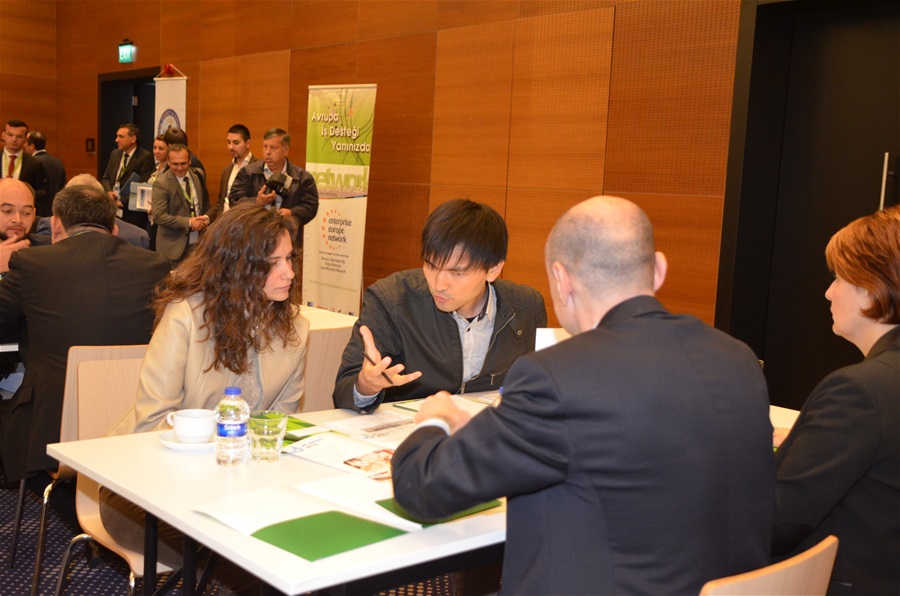 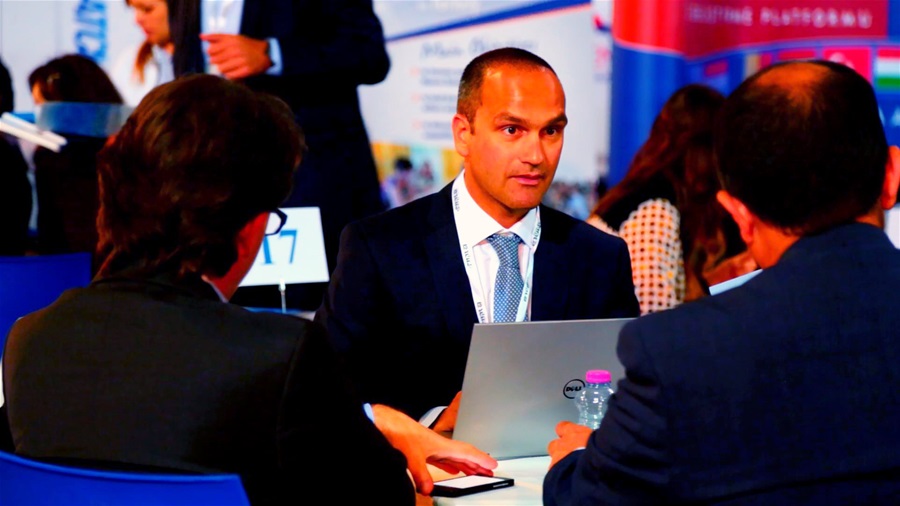 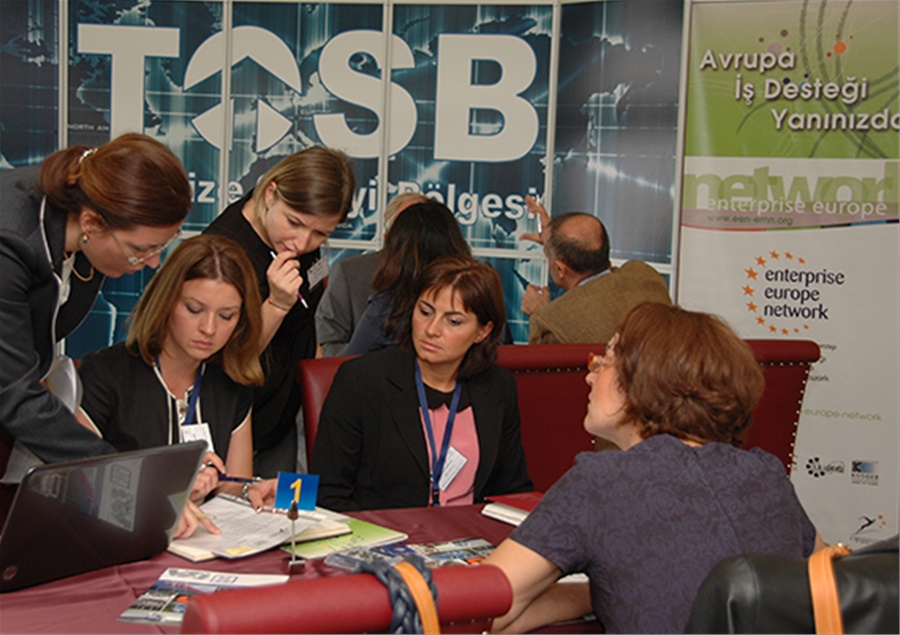 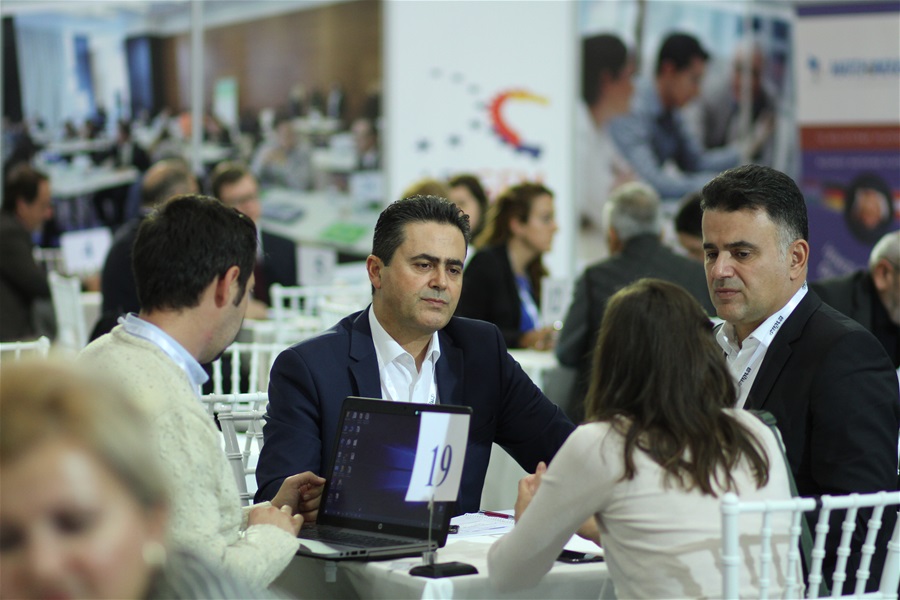 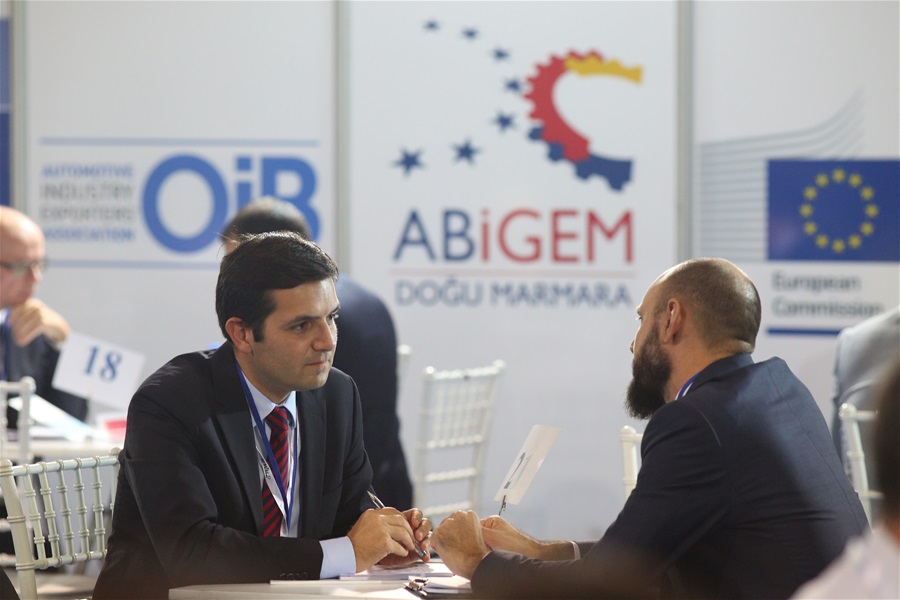 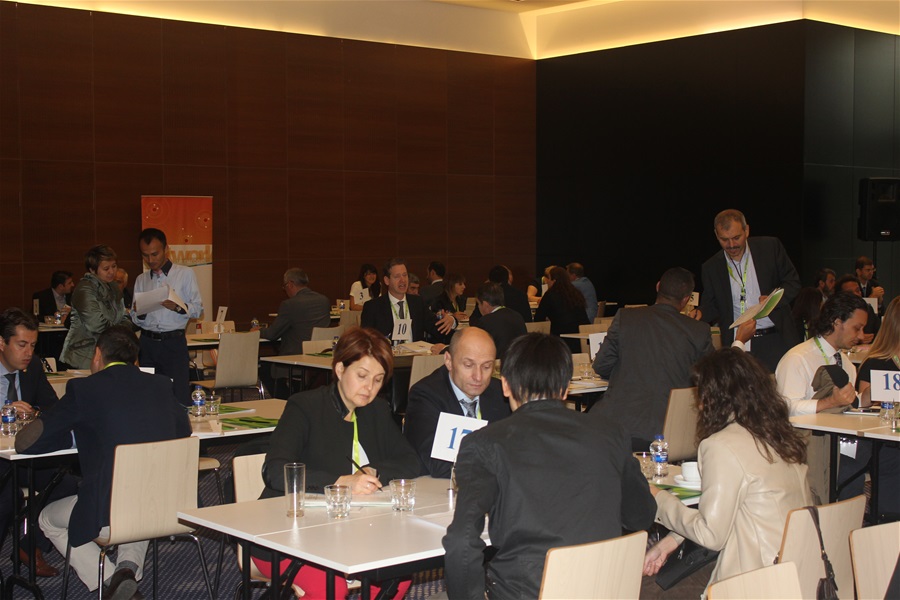 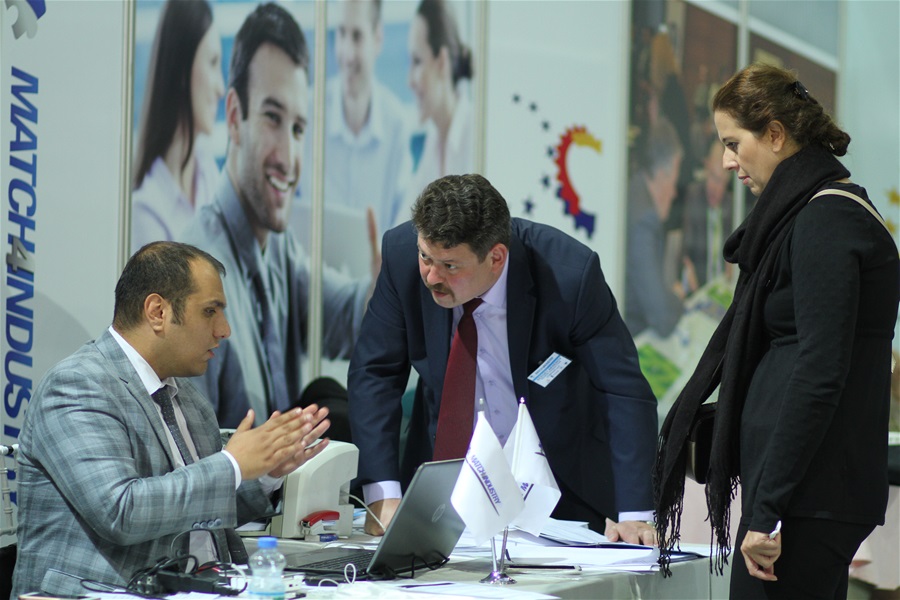 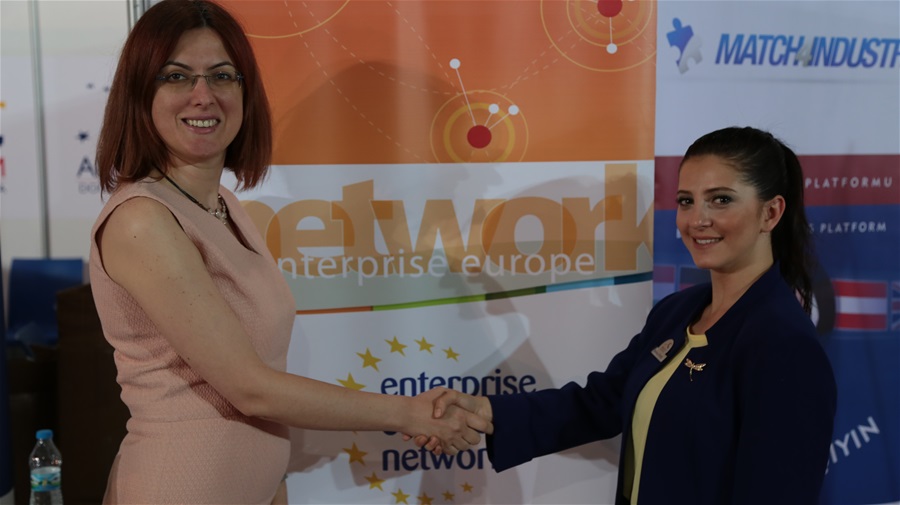 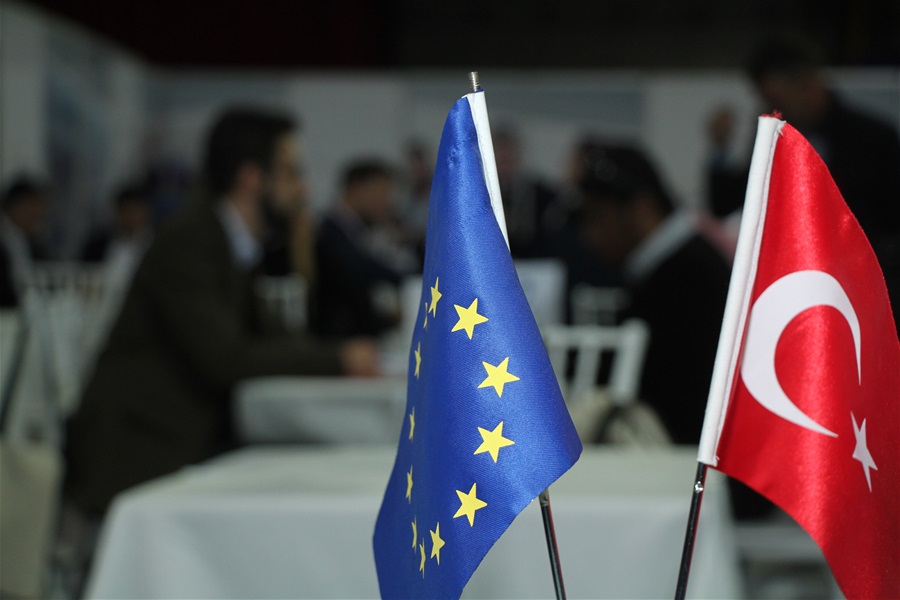 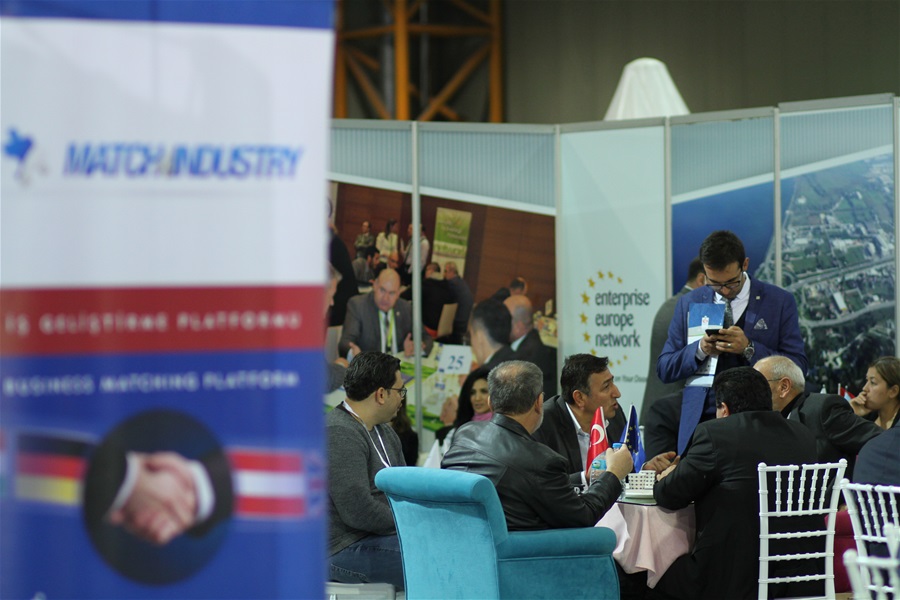 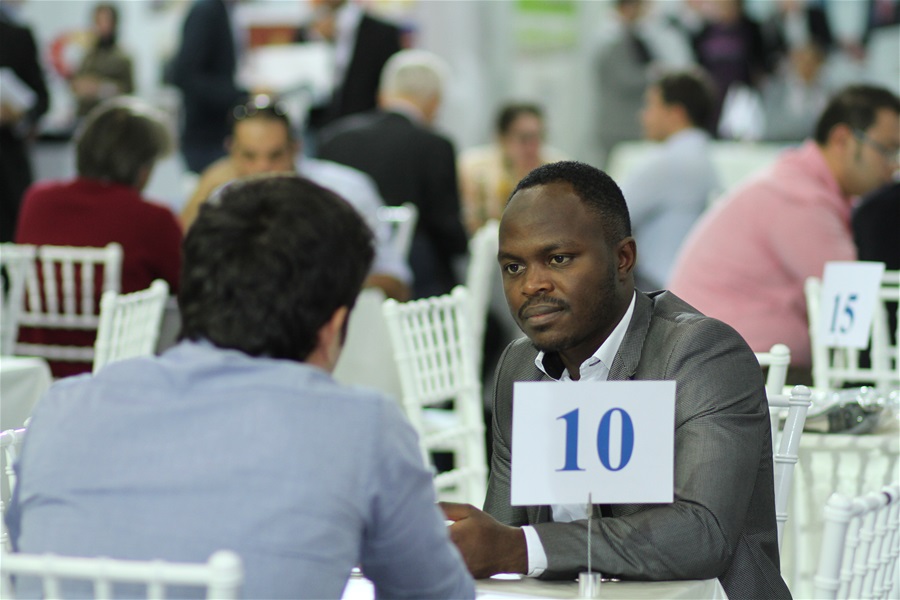 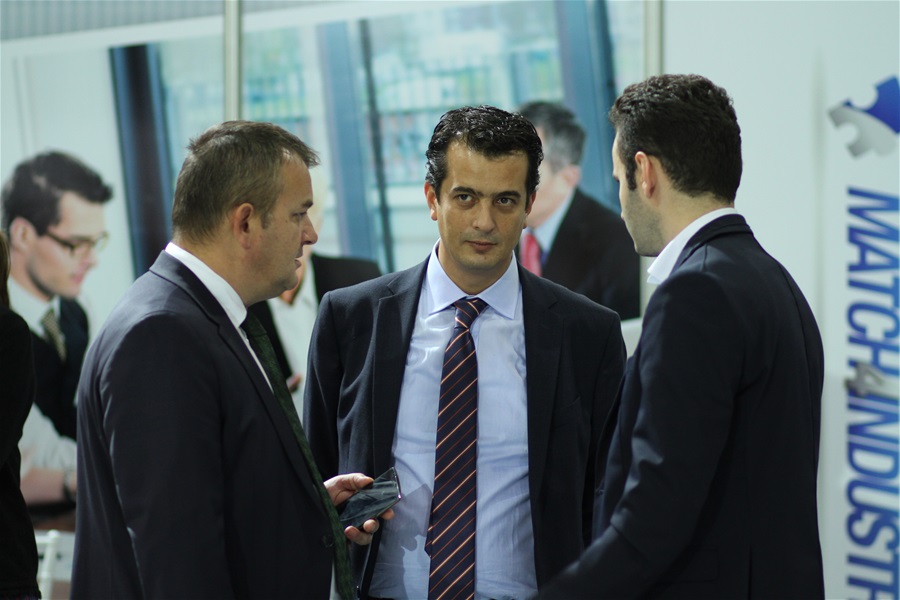 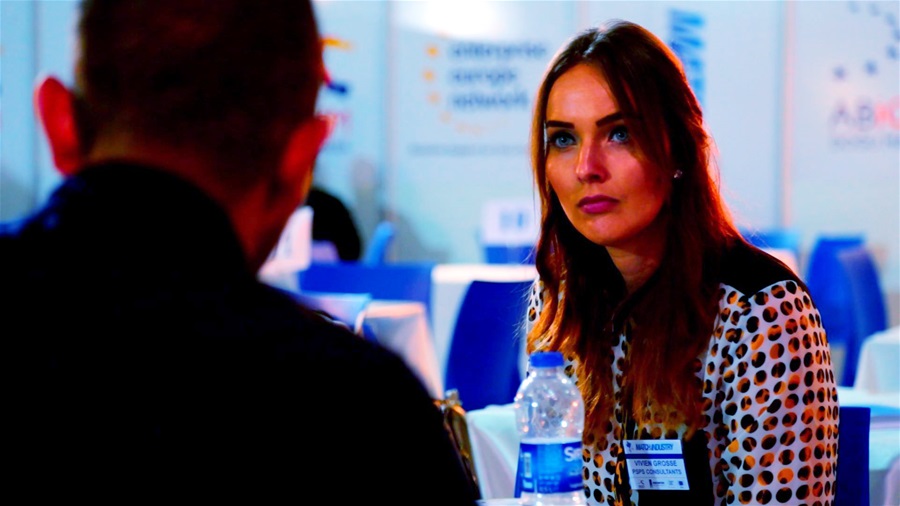 ABİGEM DM has been official partner of b2fair Organisation, that was established under EU Funded project, since 2004 and under this partnership organised several matchmaking events in Germany, Luxembourg, Czech Republic, France, Morocco and Turkey. In 2012, East Marmara ABİGEM in close cooperation with Luxembourg Chamber of Commerce organised the first edition of Match4Industry Business Matching event in TOSB Automotive Industrial Park in Kocaeli, Turkey. 65 companies participated in the event and 95 bilateral meeting realised during the event.

ABİGEM DM is also one of the event organisers on another EU Funded project named “STOP4 Business” and in May 2010 successfully implemented a matchmaking event in connection with TurkeyBuild 2010 in İstanbul, where 84 companies took part in 442 meetings. Main focus of the matchmaking event was sustainable construction.

With its contacts in Luxembourg, UK, Italy, Netherlands, Hungary and Spain, ABİGEM DM has been supporting SMEs to conduct approximately 1000 bilateral meetings since 2005. 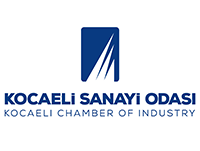 Under the terms of Law No. 5174, Chambers of Industry are professional bodies with public status, established with the full approval of the Trade and Industry Department to operate in given provincial boundaries wherever industrial development is especially dense. KocaeIi Chamber of Industry was the eleventh such body to be established in 1989.

Today, Kocaeli Chamber of Industry serves more than 2000 members with its 30 employees. Its geographical sphere of operation, the province of Kocaeli, includes the urban centres of İzmit, Gebze, Karamürsel, Kandıra, Gölcük and the Bay of Körfez (Gulf).

Beside the duties based on the law, Kocaeli Chamber of Industry is aiming to be a pioneer organization by producing projects, services and establishing strategic partnerships to add value to its customers, society industry and people.

The most important property that identifies Kocaeli is "Industry and Investments City". Much less common rate in the world Kocaeli is a city that born of it's GDP's almost 73%. The province's economy is built on the industry in this province, it is producing 13% of Turkey’s manufacturing industry production.

Kocaeli is preferred by investors who are domestic and foreign in recent years, it became basis of automotive industry with Ford, Hyundai, Honda, Isuzu's investments. Goodyear, Pirelli, Lassa-Bridgestone, Özka tire are giants of tire sector. Today, it is existing up to 2200 important industry companies including 247 foreign-owned in Kocaeli. Provinces in the country produced 27% of chemical industry, taking part in the city which is the biggest company in Turkey, Turkish Petroleum Refineries Co. 31,9 % of automotive industry is being manufactured in Kocaeli. 27 companies of 100 big companies of Turkey exist in Kocaeli. Besides, 92 Kocaeli companies take part in the list of first 500.

Today Kocaeli is not only a city but also it has outputs which are comparable with the country with it’s 13 industrial zones, 3 technopaks, 2 free trade zones. Instead of heavy industry investment, Kocaeli prepares for advanced technology and high value-added investments. Creating an export and a production power that will be carried from technoparks to industrial zones and free regions are aimed. The technoparks of GOSB, Kocaeli University and TUBITAK are planned for small productions. In the province, investments are being encouraged in industrial zones, technoparks and in free zones. These investment areas are only 50-75 km. far away from İstanbul which is the biggest market of Turkey. EU, Middle East and Caucasia markets are having an important role for being the closest markets which have an importance of having advanced industrial areas. KOSBAŞ Free Zone is the zone which can be sailed from Marmara to overseas with it’s sea connection and coast and it’s a zone with developed sea vehicle and yacht industry. Also in TUBITAK Free Zone, important development in software technology is being implemented.